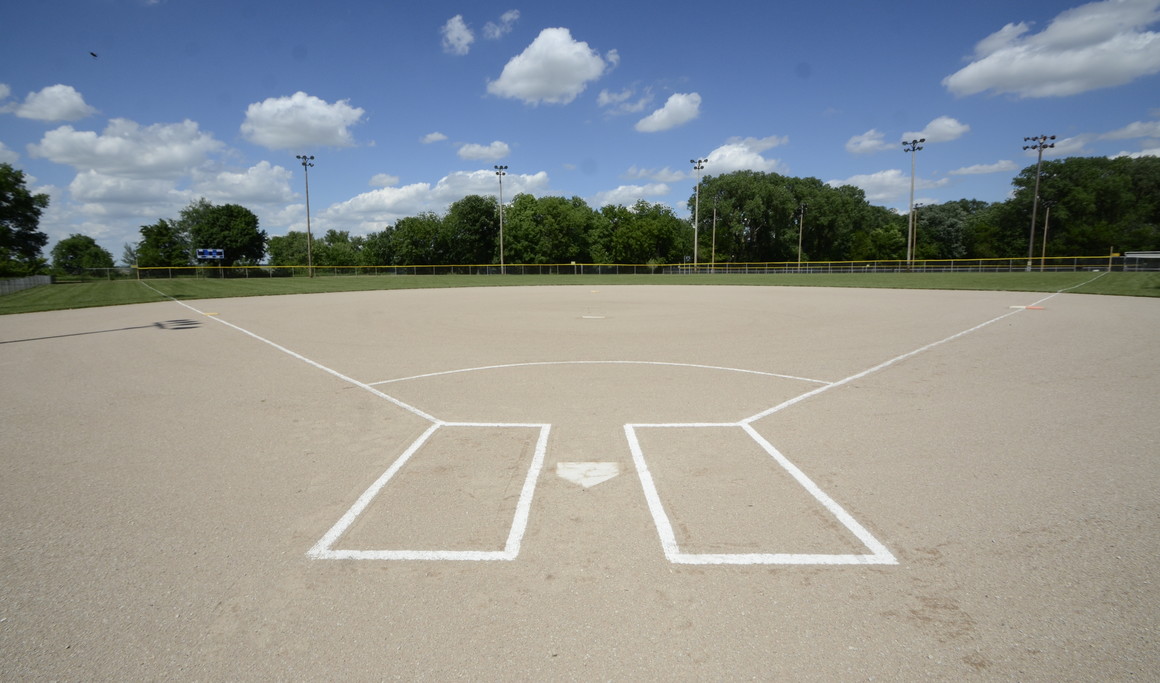 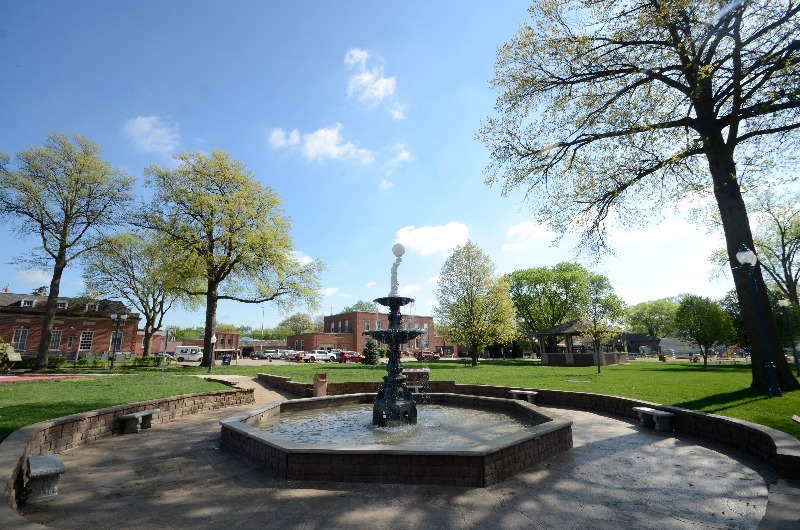 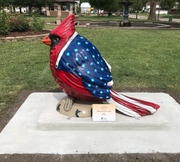 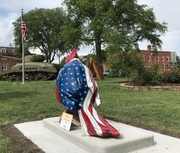 City Park is located on the south side of City Hall, bordered by 12th Street from Kingwood to Linden Ave. There are restrooms, greenspace and a large playground, which includes slides, swing sets, a teeter totter, circular climbing tower and a large play structure. City Park is also home to several historic features which highlight the park as a beautiful and well-used community space.(Go to Parks and Recreation Department Main Page)

The fountain at the southwest corner of the park was originally dedicated on Nov. 13, 1915 as a gift from the Bohemian Ladies Park Club. It was manufactured by J.L. Mott Iron Works in New York City with a basin, two bowls, and a Grecian maiden statue called the “Goddess of Liberty,” holding a lighted globe.

Rededicated in October 2015, the fountain was restored and relocated to in a new, larger basin with a walkway and benches, insuring it continues to be a well-loved icon of Crete and City Park.

The bandstand in City Park was constructed in the summer of 1924, in time for an August concert by the 110th Medical Regiment Band, which formed in Crete the same year.

The bandstand continues to be the centerpiece of many family and community events held in City Park, including visits by nearby elementary school classes, meals, and gatherings. To reserve the bandstand for an event, call the Parks and Recreation Office at City Hall.

The City Park veterans area, at the northwest corner and south of the Post Office, includes the M4 Sherman tank and a place to honor local veterans with recognition bricks.

The Sherman tank was originally placed in the park in July 1960 by members of the National Guard. Maintenance in recent years was performed by guard members from the Combined Support Maintenance Shop at the Lincoln National Guard base.

About 50,000 M4’s were produced during WWII and Crete’s is an M4A3E8 produced in 1944. Many tanks of this configuration also served throughout the Korean Conflict. The tank was repainted to reflect its accurate service numbers and insignia.

The cardinal "Tribute" was one of 20 original, three-foot sculptures made for the Blue River Arts Council's summer 2019 public art project and fundraiser "Birds of a Feather." The City of Crete sponsored this bird and chose its final placement once the event was concluded. Scotty White and Jon Castillo, of North Platte, designed and painted the veteran-themed design. The sculpture was placed near the Veterans Monument on the west side of the park in 2021.

Three additional bird sculptures are placed on city property including "Extra, Extra" in Crete Public Library, "Hero," inside the Crete Police Station, and "Super Sir Toma," to be placed at Tuxedo Park.

The first Living Christmas Tree in Crete was placed on the north side of the original library on East 13th Street in 1923 to promote a giving spirit all year long, a concept created by Crete resident Florence Hazen Miller. The idea persevered as several trees replaced the original over the years. Crete community members rededicated a new tree, south of City Hall in City Park, in December of 2012.

Miller’s idea later reached the wife of President Calvin Coolidge and a National Christmas Tree was planted on the White House lawn in 1925. Many trees have been distributed around the world as a symbol of peace and unity.

The City Park rose garden is located along Linden Ave.

The heart sculpture was part of a public art project in Lincoln, Nebraska By Heart, for which dozens of hearts were painted or adorned with designs by artists and citizens from around the state and auctioned for charity in October 2017. The City of Crete purchased the heart at auction and placed it in City Park in May 2018 in the circular area once occupied by the fountain.

This is one of two heart sculptures displayed on city property; the other heart titled "Heartland Story" is in Crete Public Library.

Crete City Hall, completed in 1939, is one of 172 Nebraska projects of President Franklin Roosevelt’s New Deal and Works Progress Administration. Garage bays on the east and west ends of the building originally housed both the fire and police departments before the fire station was built in 1966 and the police station in 1999. The east garage bays were renovated in 1990 to house the Utilities Office with ground level customer entrance.