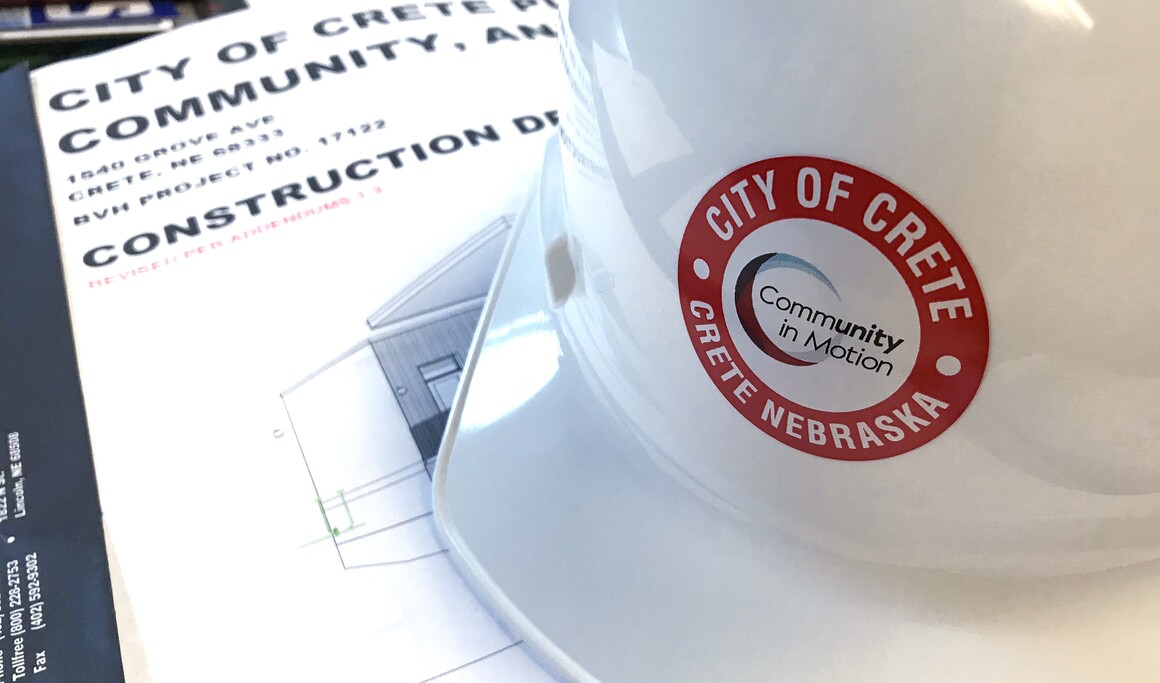 Winter and severe weather information for the City of Crete, NE.
Emergency Snow Routes - City of Crete: There is no parking on marked emergency snow routes when a snow emergency has been declared. 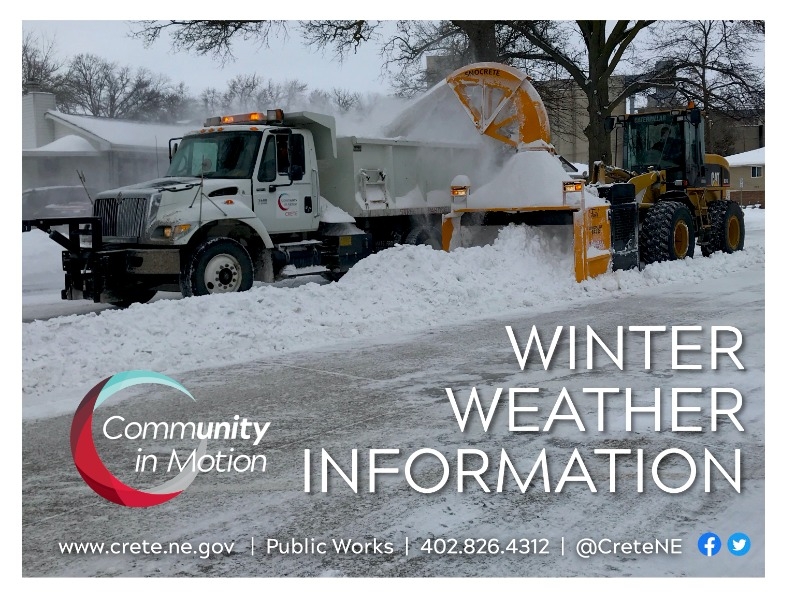 Winter and severe weather information for the City of Crete, NE.

City of Crete personnel across multiple departments are tasked with services in preparation for, during, and after winter weather events.

Clear snow and ice five feet from around fire hydrants.
City of Crete parking regulations state vehicles parked on public streets and roadways must be moved every 24 hours. 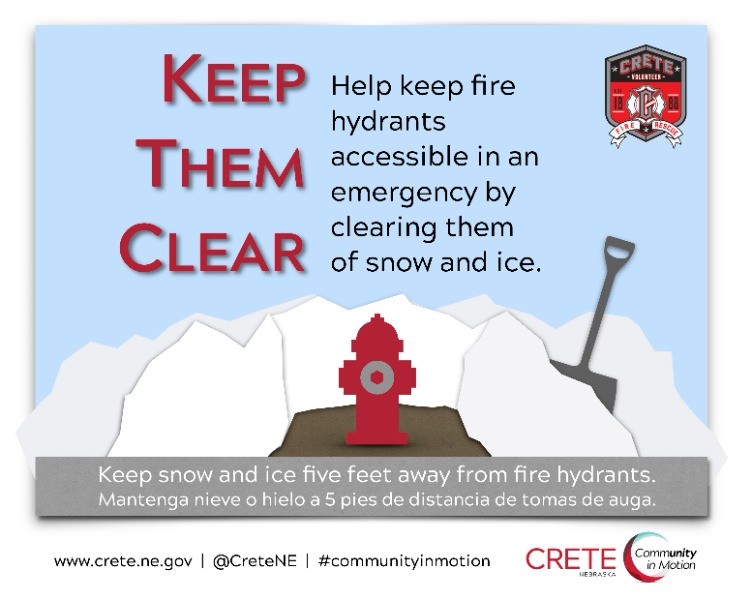 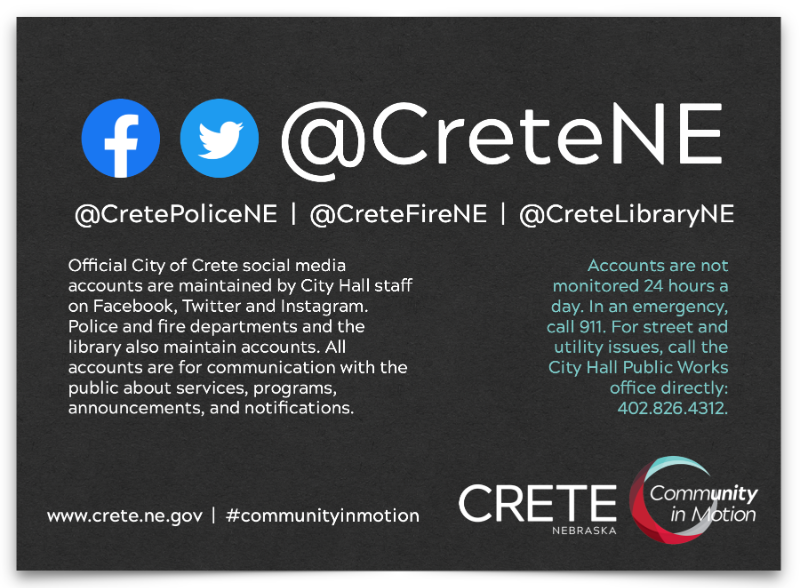