This Afternoon
Cloudy, then gradually becoming mostly sunny, with a high near 41. North northwest wind 9 to 15 mph, with gusts as high as 22 mph.
Tonight
Clear, with a low around 24. Northwest wind 6 to 10 mph becoming southwest in the evening.
Monday
Sunny, with a high near 45. West wind 7 to 10 mph becoming east northeast in the afternoon.
Weather forecast provided by weather.gov.
Search
FacebookTwitterGoogle+YouTube

The first Crete Public Library at 305 East 13th Street was built through a gift from the Carnegie Foundation, and in use from 1915 to January 2020. 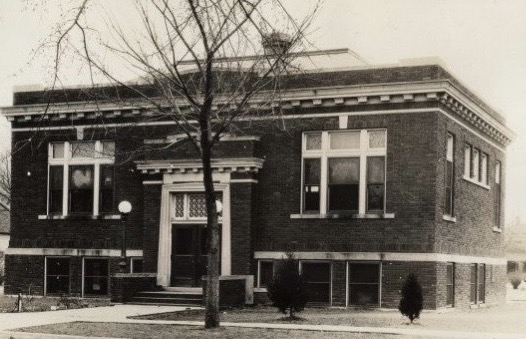 Launch the media gallery 1 player
The first Crete Public Library at 305 East 13th Street was built through a gift from the Carnegie Foundation, and in use from 1915 to January 2020.

Like many small towns, women’s organizations sprung up after the Civil War, and Crete was no exception. In 1878, the Crete reading room was established by the Red Ribbon Club, a temperance organization. The library moved several times, ending up in the City Hall in 1891. The Woman’s Club of Crete were the volunteer librarians and in 1912, the library had 4,521 books and a circulation of 20,500.

Crete had a population of 2,400 in 1913 when John Tully approached the Carnegie foundation about getting a library. The Crete News on September 25, 1913 extolled its citizens to support the project, writing, “Let Crete citizens continue to lead and may her 4,000 good citizens boost, push, pull and boost.”

The Carnegie gift was $10,000, the architect was J. W. Salmon of Lincoln and the builder was John Kenst. T.H. Miller, president of the Crete State Bank, donated eight of the lots that eventually became the Post Office, City Hall and the library. What is now called, City Park, was first known as Miller Park after the Mr. Miller’s generous donation.

The library and the city continued to grow and by 1967, the need for expansion became acute; however, the additional space was not completed until 1985 and included shelving for the non fiction and ficiton collections, Nebraska Room, teen seating area, and handicap accessible restrooms. A lift was added for accessibility and the basement of the original structure included a small meeting room, storage, and a small children's program room.

In recent years, the library once again faced a shortage of space. The City Council accepted a bid of $5,559,000 from Sampson Construction in August of 2018 with a groundbreaking held just over a month later on Sept. 12. The building, designed by BVH Architecture, includes the new library with youth, adult and technology spaces, separate community room and catering kitchen, which doubles as a storm shelter. The block will also have a new park.

A sales tax increase of one-half percent was approved by Crete voters in 2016 to provide for the new library and adjoining community room/storm shelter; funds were also anticipated towards community safety initiatives.The total project was fully funded at $7.4 million: $4.2 million from sales taxes, $2 million from grants, almost $500,000 from individual donors, $250,000 from the Friends of the Crete Public Library and $150,000 from local corporations.