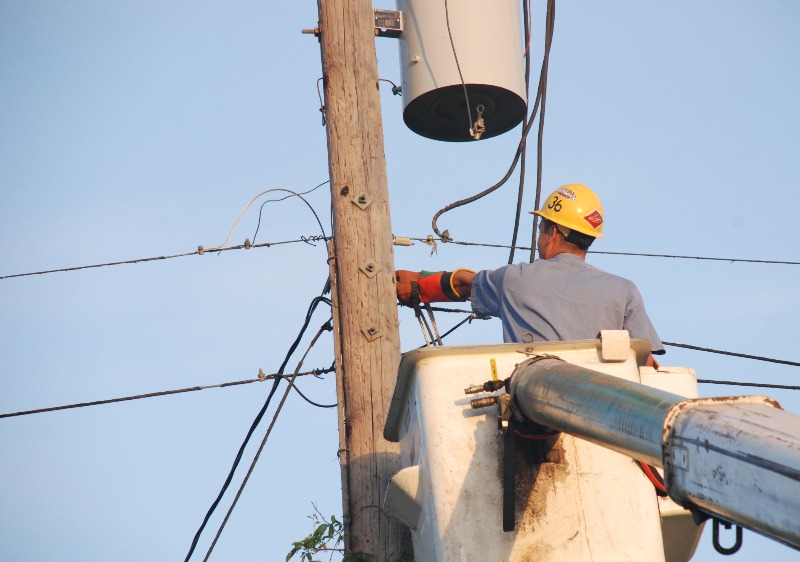 The City of Crete Departments of Public Works Electric System retails electricity within the corporate limits. The city owns a generating plant capable of generating 15.6 MW and the distribution system consists of three substations. Two substations handle the City load. A 22 MVA substation with three transformers is centrally located and the second 10 MVA is located in the northeast part of town. The third, an 11.5 MVA, is reserved for industrial customers. The City also has a looped subtransmission system at 34.5 kV near the industrial site. Additional sources of electricity are Western Area Power Association (W.A.P.A.) and Municipal Energy Agency of Nebraska (M.E.A.N.).

The Electric Department consists of a staff of an Electric Line Superintendent, Foreman and four Line Technicians. The Department has over 75 combined years of experience in working with the Crete Electric System.

In April 1928 the Crete Power Plant at the current location went into operation. Initially two diesel generating engines were installed, 360 and 240 horsepower. Since that time there have been many changes and upgrades to the Power Plant. At one point there were 7 engines available for service. The Plant was capable of generating 15.6 MW.

In 2013 and 2014, due to changing regulations and electrical markets, Engines 1-6 were decommissioned and removed from service.

Crete’s Power Plant has a high-tech System Control And Data Acquisition (SCADA) computer system. This system identifies any interruption in service and where that problem is located. In the event of a city power outage, the power plant has the ability to restore electricity to parts of the community in one hour or less.

The City of Crete Department of Public Works, in partnership with its wholesale electric power supplier, the Municipal Energy Agency of Nebraska, is continuing to provide four energy efficiency programs to assist in lowering energy costs for local utility customers through energy efficiency improvements. The programs offer cash incentives to make energy efficient upgrades in the areas of insulation, cooling systems, home thermostats and commercial lighting. The programs are available through March 31, 2021 or while program funds last. Here is a rundown of the four programs: