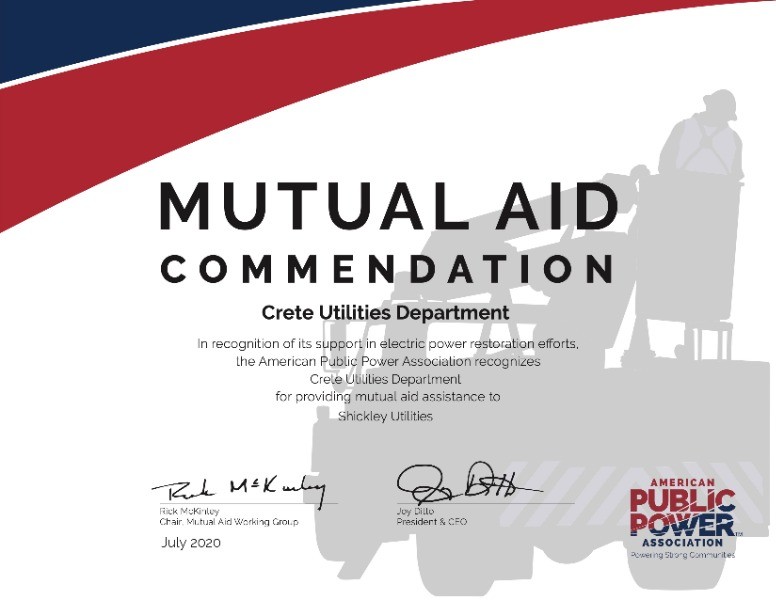 The City of Crete Public Works Department received a national commendation from the American Public Power Association for its support in electric power restoration efforts in Shickley, Neb.

On July 9, 2020, the Crete Public Works Department sent three electric linemen with a bucket truck and digger truck to assist the community of Shickley, which suffered widespread outages as a result of major storm damage. The Crete crew repaired primary and secondary lines, which were taken down during the storm.

The City of Crete participates in the American Public Power Association’s Mutual Aid Network, which coordinates with utilities and authorities during widespread power outages.