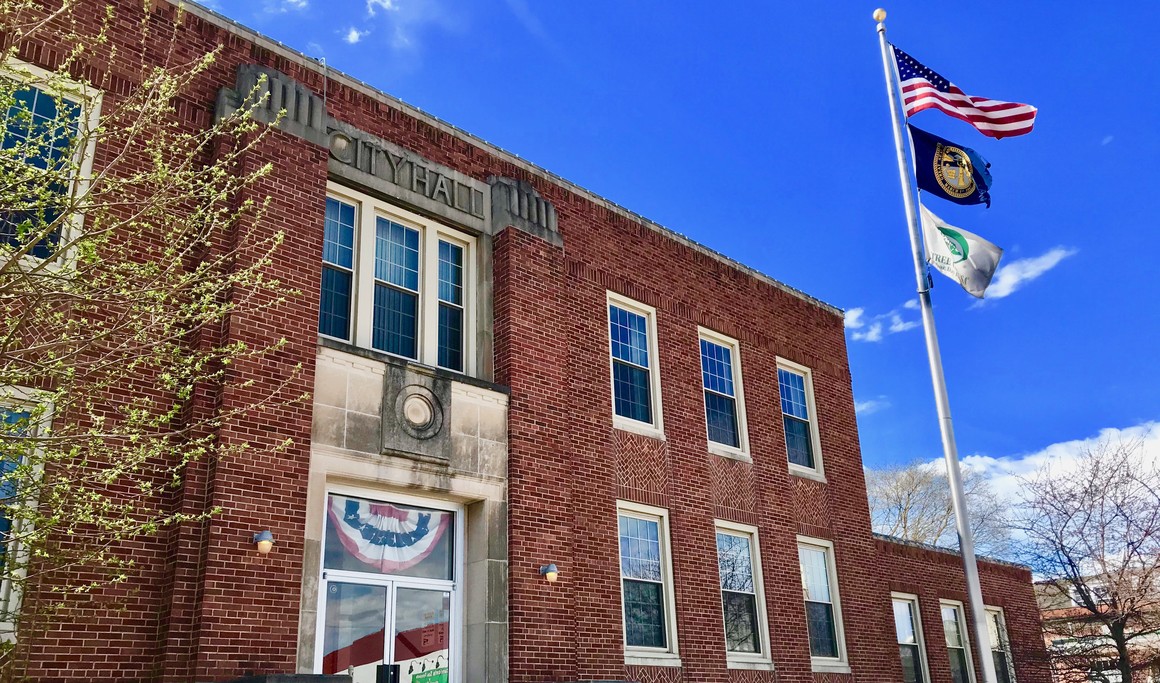 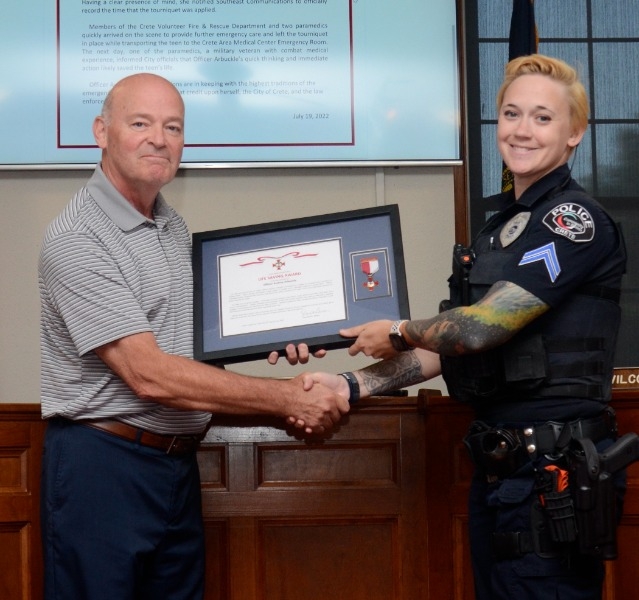 An award narrative was read by Chief of Police Steve Hensel detailing Arbuckle's lifesaving efforts at Tuxedo Park in June. The Crete teenager injured in the accident, Tenyson Siske, and his father Tony, as well as members of Arbuckle's family and fellow officers were present in the audience. The mayor, council, and assembled guests gave a standing ovation at the conclusion of the ceremony.

"Late in the evening of June 17, 2022, Officer Audrey Arbuckle and other emergency service personnel responded to Tuxedo Park after Southeast Communications was notified of an accident resulting in a serious injury.

On scene, Officer Arbuckle retrieved her medical aid bag and ran toward the crowd standing near a teenager who was lying on a picnic table in terrible pain. Those rendering aid deferred to Officer Arbuckle as she assessed the scene and the deep wound in the teen’s arm. With so much blood in the immediate area, Officer Arbuckle realized that the teen was in grave danger. Unknown to those present, the teen’s major arteries and veins had been torn apart in the accident.

Officer Arbuckle remained calm amidst this chaotic situation and, without hesitation, retrieved a tourniquet and expertly applied the device to stem the flow of blood. Having a clear presence of mind, she notified Southeast Communications to officially record the time that the tourniquet was applied.

Members of the Crete Volunteer Fire & Rescue Department and two paramedics quickly arrived on the scene to provide further emergency care and left the tourniquet in place while transporting the teen to the Crete Area Medical Center Emergency Room. The next day, one of the paramedics, a military veteran with combat medical experience, informed City officials that Officer Arbuckle’s quick thinking and immediate action likely saved the teen’s life.

Officer Audrey Arbuckle’s actions are in keeping with the highest traditions of the emergency services and reflect great credit upon herself, the City of Crete, and the law enforcement profession."

Arbuckle is an eight-year member of the Crete Police Department and a Field Training Officer. She was recently selected as the department's first K9 handler and will start training for that position starting in August.