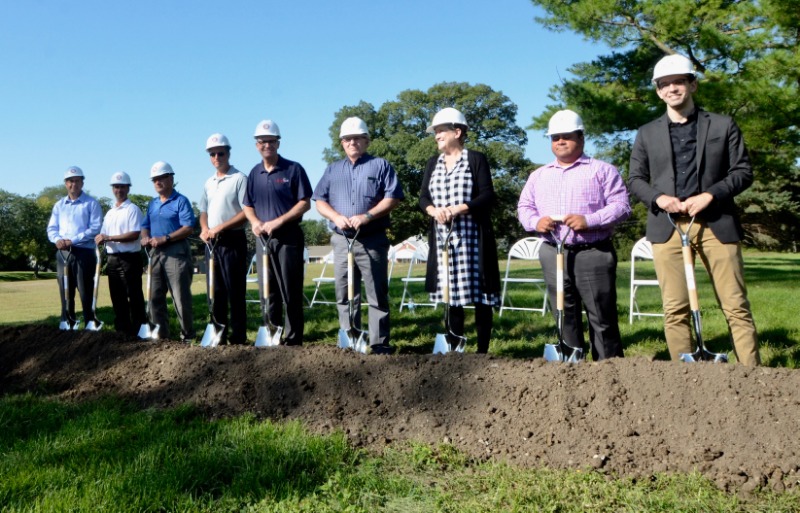 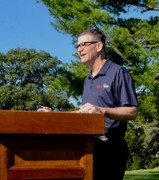 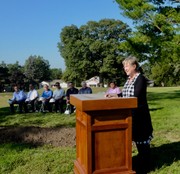 The City of Crete and Crete Public Library held a ground breaking ceremony for the new library on Wednesday morning at the site - 1515 Forest Ave. with the event Live on the City's Facebook Page.

“We thank everyone involved from getting this on the ballot to all the pre-planning, design and donors - you all get to see the new library on the horizon,” Mayor Roger Foster said Wednesday morning at the site of the new library and community spaces.

Foster and others acknowledged the many contributions of time, expertise, and financial donations which have made this decade-long effort a reality for the Crete community. Donations have included those from private citizens, entities, businesses, and the Friends of the Crete Public Library, which have now topped $2 million. Prior to the ceremony, Foster accepted a donation of $50,000 from Windstream’s State Operations President, Brad Hedrick, for the naming rights of the technology space.

Stevenson also expressed her appreciation to the many individuals and parties involved, especially library staff, who have sustained the longtime support this project has within community. She quoted a recent New York Times article, “Libraries are the kinds of places where people with different backgrounds, passions and interests can take part in a living, democratic culture. They are the kind of places were the public, private, and philanthropic sectors can work together to reach for something higher than the bottom line.”

Ourada said putting the initiative on the ballot in 2016, a sales tax increase of one half percent, was a bold move on the part of Mayor Foster and the council as well as on the part of the community to support it. The increase will also incorporate funds towards community safety in the form of two new police officers in addition to funds to build the library and adjoining community room.

Crete City Council members and Mayor Foster accepted the bid of $5,559,000 from Sampson Construction last month to build the 20,000 square foot facility on the block once occupied by Crete’s former hospital. The building, designed by BVH Architecture and projected for a Winter 2019 completion, includes the new library with youth, adult and technology spaces, separate community room, which doubles as a storm shelter, as well as a new park.

This facility is a pinnacle of recent public improvements in Crete, Ourada said, which in the past few years have totaled $50 million. Ongoing and upcoming projects include downtown revitalization and business expansions, new residential developments and a new hotel.