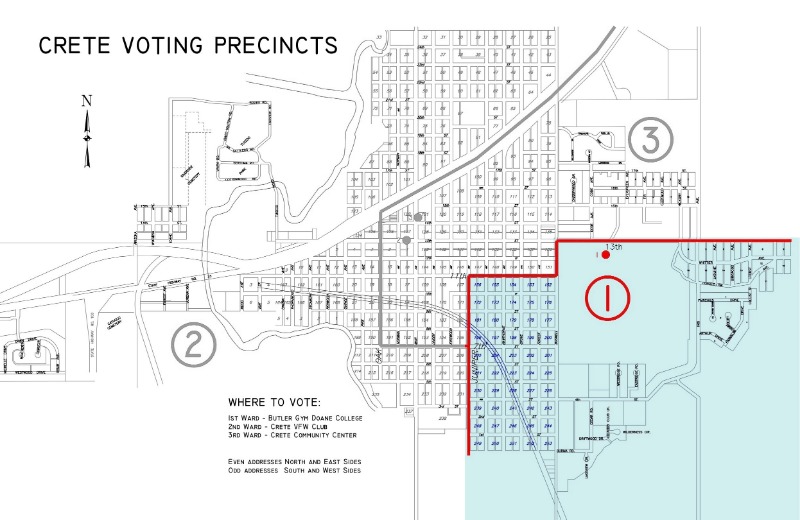 The absence of two dedicated public servants in City of Crete Mayor Roger Foster and City Council Member Chuck Vyhnalek, who died July 31 and Aug. 3, respectively, is keenly felt within city departments. During this time city officials are honoring the memory of their work with and for the City of Crete as they respond to these events in the appropriate manner.

Upon the passing of Mayor Foster, Council President Dave Bauer became the Mayor of Crete and will finish out Foster’s term, to 2022. This process is provided for by state statute and city ordinance in which the chairperson of the council assumes the position of mayor in a city of the First Class. A resolution approved by the Crete City Council on Aug. 6 stated for the record, what was already fact and law.

Public notice was given for two openings on the Council, Bauer’s seat in Ward I and one seat in Ward III, upon the death of Chuck Vyhnalek. The City will advertise the positions and Bauer will appoint an applicant from each corresponding Ward to the vacant seats; those appointments must then be approved by the Council. Should the Council not approve either or both appointments, Bauer would then appoint another individual until the Council does ratify the Mayor’s appointments.

The Ward I appointment will finish the term to 2020 while the appointment to finish Vyhnalek’s council term will go through 2022.

Registered voters and residents of Wards I and III who are interested in being nominated to serve on the City Council should address a letter to Mayor Dave Bauer stating their intention and deliver it to the City Clerk’s office at City Hall by Wednesday, Aug. 28 at 4:30 p.m.

(Click on the photo gallery to view maps of Crete City Council Wards or view here.)