City of Crete staff with two members of the Crete Youth in Governance Team after recognition at the Dec. 3 city council meeting. 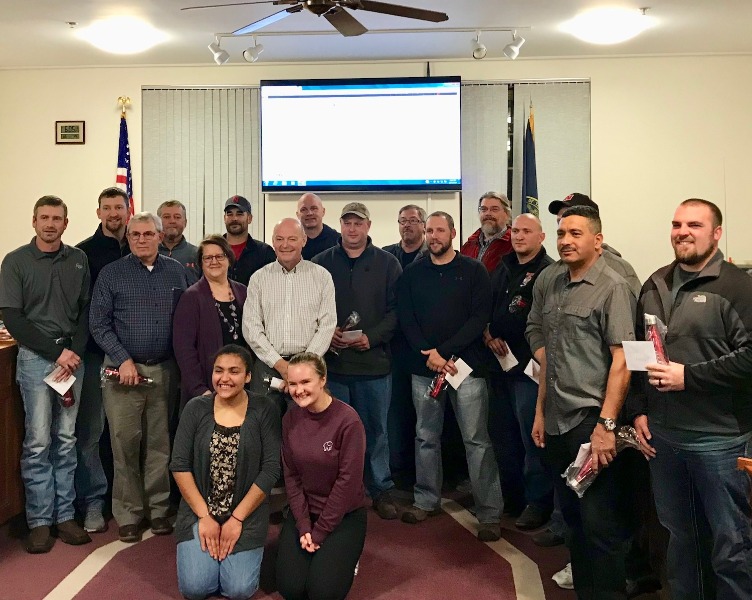 Launch the media gallery 1 player
City of Crete staff with two members of the Crete Youth in Governance Team after recognition at the Dec. 3 city council meeting.

The Crete Youth in Governance team recognized a number of City of Crete staff and first responders at the regular council meeting on Tuesday for their response during March flooding.

The Big Blue River at Crete hit a historic high of 30.68 feet on March 15 closing several streets and intersections in the southwest and northwest portions of Crete. Tuxedo Park was closed to all traffic when water levels impacted the main entrance park roads, and utility services to the park. The river level fell below flood stage (21 feet) on March 20.

Crete Youth in Governance is a program of Nebraska Extension which focuses on developing leadership and life skills in Crete youth. The goal of the team is “to help youth work in partnership with adults to improve their own lives and the community in which they live.”

Those recognized each received a 'Nebraska Strong' water bottle and letter:

Mayor Dave Bauer and City Administrator Tom Ourada were also recognized for their work with the youth team over the years.