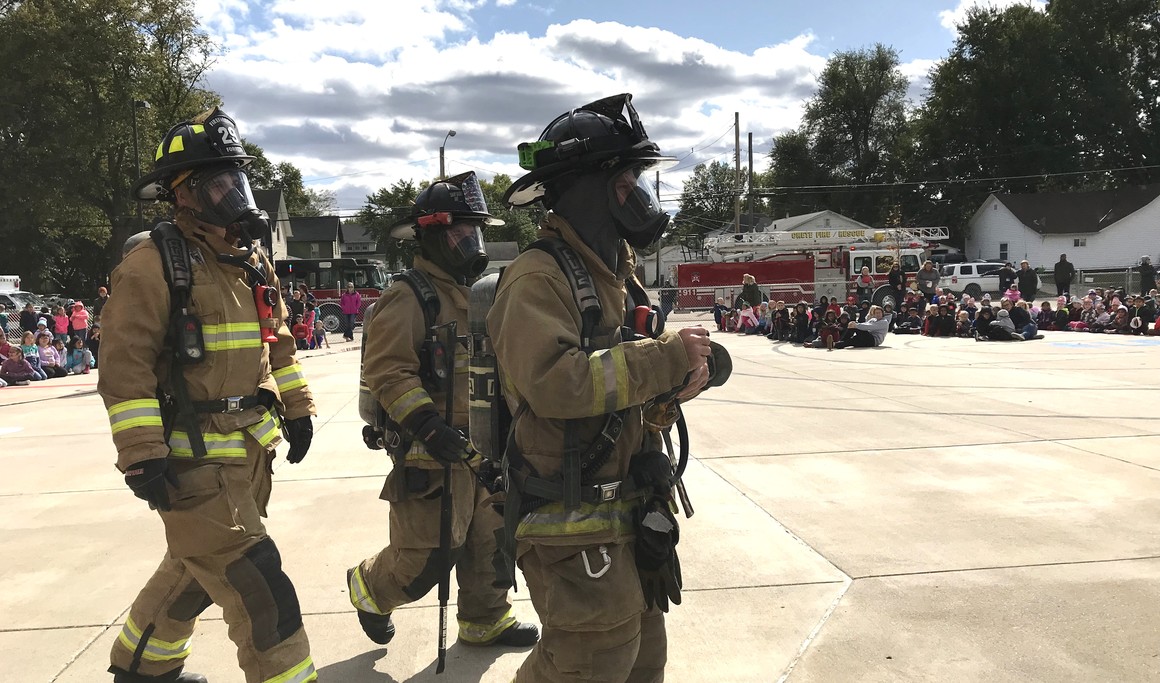 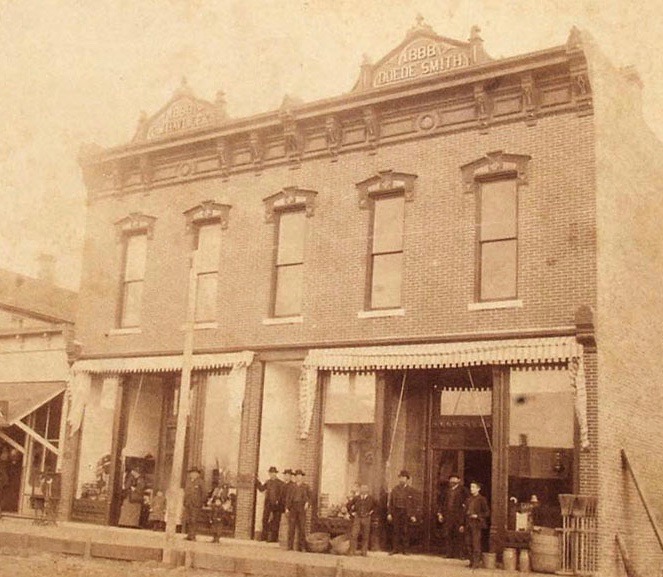 An 1892 publicist wrote: “A score of miles down the Burlington & Missouri River Railway from Lincoln is an entertaining ride, for it carries us through the rich agricultural prairies of Nebraska, landing us in the Northeast portion of Saline County, in the prosperous city of Crete. Here the Big Blue flows placidly along toward the boundless and the infinite, and on the beautiful tract that gradually rises toward the morning sun, we find Crete and her 3,000 wide-awake, progressive people. Crete is, in every respect, except perhaps in size, a modern cosmopolitan city, and there are but few places in the West, of its proportions, that can lay claims to as many substantial improvements.”  From “The Only State: A History of Public Power in Nebraska,” by Donald E. Schaufelberger and Bill Beck.

Crete was first settled in the 1860s on the east bank of the Big Blue River. Jesse and Elizabeth Bickle were the town’s first permanent residents and built a log cabin in 1863, which became the city’s first post office, named Crete, after their previous home, Crete, Ill. Bickle then platted Blue River City on land to the south and east of their original home. When the Burlington Missouri River Railroad platted another town adjacent, the two eventually combined on March 7, 1871 under the name “Crete” to further the alphabetical system of naming towns along the new railroad line.

Col. Thomas Doane, a BMRR civil engineer, is also credited with the town’s early development, including the railroad’s donation of 600 original acres to establish a congregational college in Crete in 1872. The college developed with the town itself, bringing many educational, social and economic benefits to the quickly growing city. 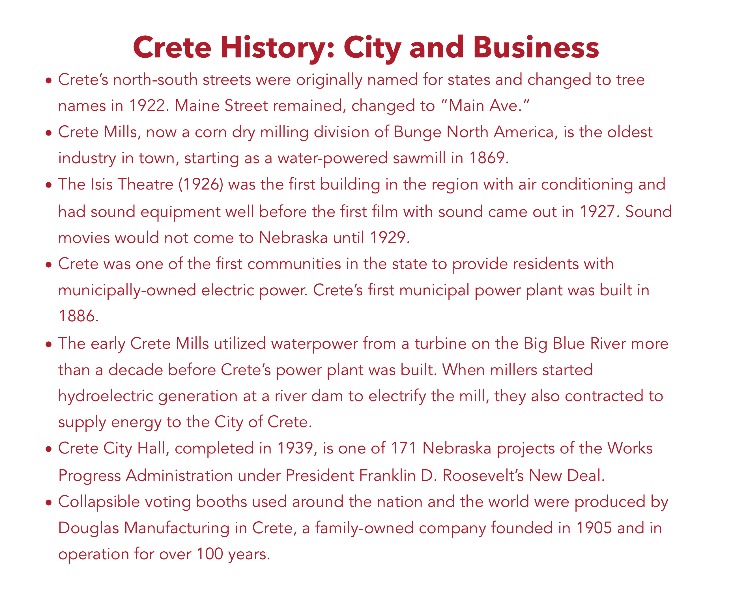 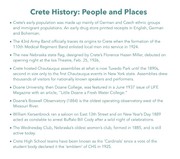 Bolstered by the railroad line, the original downtown district spread to the south down Main Ave. and east and west on 13th Street. A civic block, containing a city hall, post office, public library, and a park took shape two blocks east of the main intersection of 13th and Main Ave. Many frame buildings sprouted up in the new business district, replaced by brick structures in the coming decades. The year 1888 is embossed on the tops of several pairs of downtown brick buildings.

Crete’s first newspaper, the “Saline County Post,” printed its first issue on May 5, 1871. As many as a dozen papers were active in town in the late 19th and early 20th century. The current, “The Crete News,” first published in 1908, traces its roots to these predecessors.

Public school classes were first taught in Crete in 1866, with the school district created in 1868. The early Doane Academy started in 1871 and three public elementary school buildings were constructed in city wards in 1873. After an early frame building was used, a new high school was built in 1888 along 11th Street near Linden Ave. That initial campus is now Crete Elementary School with buildings dating from 1943, 1957 and 1994.