This Afternoon
Sunny, with a high near 71. Northwest wind 9 to 14 mph, with gusts as high as 24 mph.
Tonight
Increasing clouds, with a low around 38. Northwest wind 5 to 7 mph.
Tuesday
Partly sunny, with a high near 55. North northeast wind 5 to 8 mph becoming light and variable in the afternoon.
Weather forecast provided by weather.gov.
Search
FacebookTwitterGoogle+YouTube 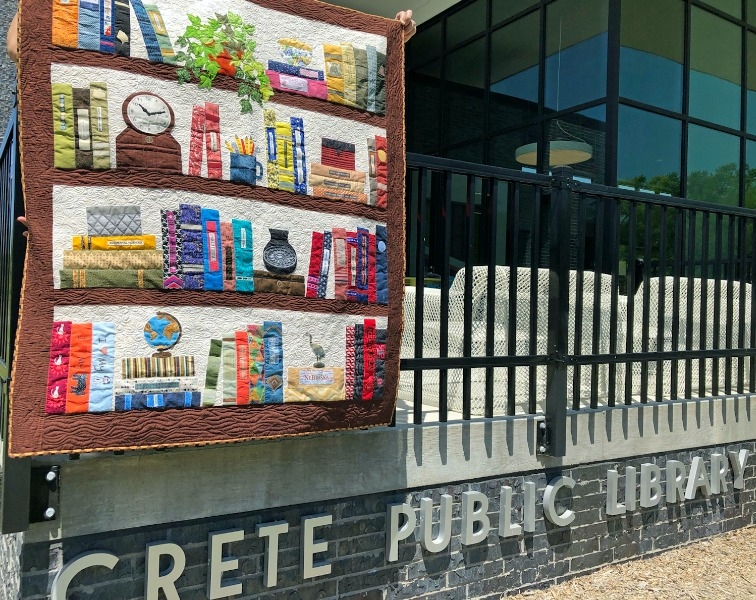 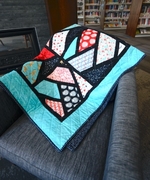 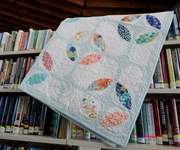 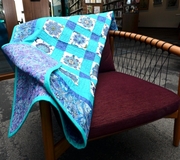 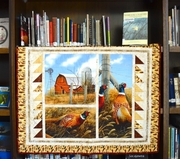 Ode To Libraries quilt, 56x48
"A Conversation with Mark and Andy" will be held in the Community Room at Crete Public Library, 1515 Forest Ave., on Thursday, Oct. 7 at 5:30 p.m. This event includes a special performance featuring Crete's Tom King as Andrew Carnegie and Chicago actor Warren Brown as Mark Twain.

The event includes hors d'oeuvres, cash bar, and a quilt silent auction. Funds raised will go toward outdoor musical instruments for Library Park. Tickets are $50 and can be purchased at the library or by calling 402.826.3809.

Click on the galleries in this article for photos of the 30 donated quilts, which include throw quilts, crib quilts, table runners, and wall hangings. 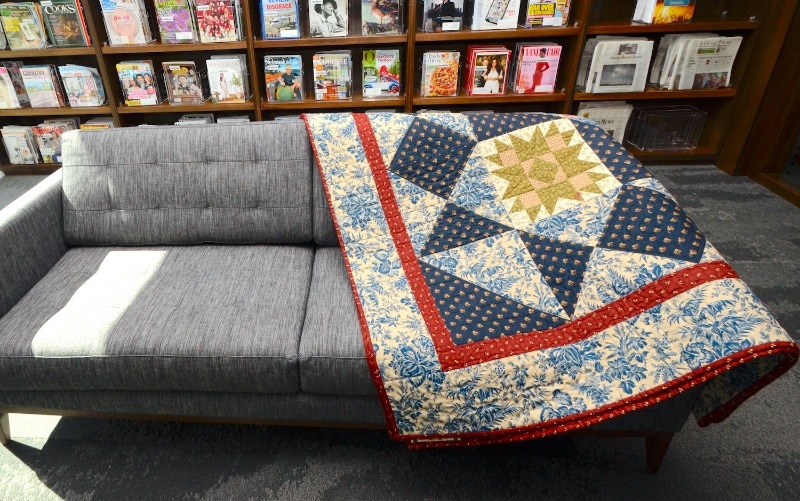 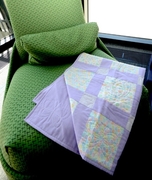 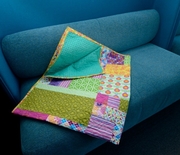 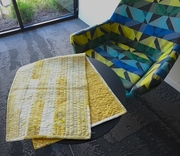 General's Wives quilt, 96x98
King currently serves as President of the Crete Public Library Advisory Board. He is a retired Professor of Instructional Design at Doane University and holds degrees in history and secondary education from Westminster College in Fulton, Mo., and a doctorate in curriculum and instruction from Oklahoma State University. In addition to Carnegie, King is also well-known for his portrayal of President Ulysses S. Grant and a speaker through the Humanities Nebraska program.

Carnegie was a Scottish-American industrialist and philanthropist of the Gilded Age who amassed a fortune equal to over $75 billion today after his sale of United States Steel Company in 1901. By his death in 1919, it is noted Carnegie had given away over 90 percent of his wealth towards charitable projects. His generosity funded the construction of 2,509 libraries in the U.S, Canada, and the UK. Crete's first public library on East 13th Street was built in 1915 using a $10,000 donation from the Carnegie Foundation. The building was in service to the citizens of Crete for over 100 years.

Brown has spent years learning about Twain to create his portrayal of this iconic American writer and humorist, his adventures, world views, and philosophies. Born Samuel Clemens in Missouri, Twain is called the 'Father of American Literature' as the author of "The Adventures of Tom Sawyer," (1876) and "Adventures of Huckleberry Finn," (1884). Twain was also interested in science and patented three inventions. Carnegie and Twain knew each other in real life, although Twain did make a point to poke fun at his friend's wealth in writings and in public.